My name is Patrik. I am Hungarian, I am above 30! For that matter. 🙂 This means that I am an adult, old and not so hip.

Anyway, I was born on the 8th of December, 1978. I am a Sagittarius, so I am quite philosophical. I like to get into depth about things and learn everything about a topic. This is why sometimes things can take quite a time for me to finish.

Around 1984, when I was 6 years old, I started using computers for the “game of programming” so it is very hard for me to describe what a computer means for me. I have used computers for everything. I wrote music on it, did graphics, wrote 3d modeling software when I was 16 and the teacher even allowed me to skip classes and he would sign my missed classes stating that I was doing something for my future and it was good… Pfff, how can a teacher be so nice?!? On the other hand in elementary school I did get an A- because I used machine code to reverse the effect of the “new” basic command therefore I explained the “new” command as a routine that deletes to first 3 bytes at the hexadecimal $1000 address to hide an entered basic program in the memory. It was titled hacking since I could reverse the program after restoring those 3 bytes. Be careful! Sometimes you get ahead, sometimes you get behind if you look too deep into things. Since then? Hmm… Been a computer architect. Pfff.. What else? Come on…

Now the other thing I love in life besides computers is health. Generally sports, jogging, swimming, athletics. Healthy eating, sushi and feeling strong.

I like to sing and I think I am getting married and having children quite soon now since I have this dear girl that I love so much.

On the other hand, I am very liberal, not racist, not sexist, so I have absolutely no problem with anyone that does not try to explicitly bother me!

May the force be with you! 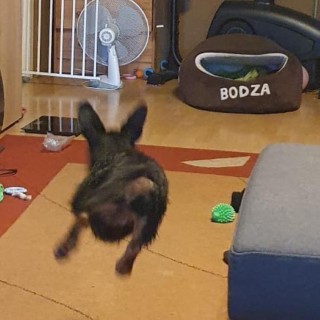